Dr. Thomas Browne is the founder of Neurenics. Watch him talk about how he got into this work.

Dr. Thomas G. Browne , Founder of Neurenics Neurobehavioral Development is a Neuropsychologist with training and medical experience in neurophysiology, and comes from a background of Natural Sciences.  He is also an Industrial and Organizational professional from Edinburgh, Scotland, UK whose work  reflects the professional strength, validity, and reliability of decades of practice in a variety of settings. He has put together his own neurofeedback-based practice and he likes to work with individuals who are curious and seek to improve and sharpen their functioning skills, by controlling their ability to be calm, with a relaxed power and conserved energy that enhances your ability to make dynamic decisions.  This reflects clarity of thought, emotion, behavior and meaning.  Along with this you can experience  improved clarity of focus and concentration.  These exceptional individuals are often founders of business enterprises that demand and challenge their limits. Dr. Browne earned his Ph.D. in Psychology from the California Institute of Integral Studied (CIIS) in San Francisco California and was a University of California San Francisco (UCSF) Medical Center research team member.  He earned Degrees from the University of Dublin, Trinity College, Ireland and during this phase of his life he also worked with Radio Telefís Éireann (RTE, semi-state national public broadcast radio and television network of the Republic of Ireland) directed and produced independent video projects and was a TV presenter. He was a professional audio and video engineer and worked in film, and video recording, including live television broadcasting and transmission.  He worked with IBM/Pergamon Press medical and scientific journal publishing company, and was a manager with Electric and Music Industry (EMI), the Record label of the Beatles, Pink Floyd, Queen, London Symphony Orchestra (LSO) in Europe and many Capitol Records artists in the USA.  He was also an accomplished athlete who won gold and silver medals for track and field at a national level in Ireland, and awarded by the Gaelic Athletic Association in that country. 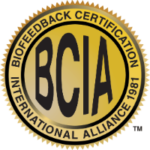